A list of resources by people who have either worked at MySQL AB (or Oracle), developed a widely used fork of MySQL, or developed MySQL at scale.

A compilation of reading material — books and blogs by MySQL Experts

For the past couple of years, apart from the official documentation of MySQL, I have referred other sources too for getting more insights into MySQL. I’m listing the ones which I have found to be extremely useful.

Every book and blog mentioned here is written and maintained by people who have either worked at MySQL AB (or Oracle) in some capacity or have developed from a fork of MySQL which is widely used in the community or have extensively used MySQL in production at scale and hence are authorities on the subject.

The Books to Refer

Authors to follow — Vadim Tkachenko, Peter Zaitsev, Aurimas Mikalauskas and Baron Schwartz. Do go through the list of blogs by Percona’s team.

2. Several Nines — While Percona’s Blog is more about internals, performance and optimization of databases, on the Several Nines Blog, you find more in-depth articles related to hardcore database administration more centred about distributed computing. Content on this blog is more about HA, scaling, monitoring and so on. Check out the series Become a MySQL DBA. They have a similar series for PostgreSQL.

They also have a product for automation and management of MySQL and several other databases. I haven’t used that yet.

3. Vivid Cortex — is a database performance monitoring and optimization platform company started by Baron Schwartz who left Percona in 2012 to start this company. He has continued contributing this blog after Percona. His writings can also be found here — but are not limited to technology. Again, I have not used this product but have been following the blog for quite some time for insights.

4. Todd’s MySQL Blog — he spent 10 years as a Technical Product Manager at MySQL and was responsible for security in MySQL. His blog posts around grants, permissions, network-layer security, authentication are very insightful. He writes for MariaDB too.

7. MySQL Step By Step — blog with most content around HA, backup and recovery and replication.

9. High Scalability Blog — although not a blog concentrating on MySQL, it covers posts about a lot of companies using MySQL and how it fits into their architecture. Read this for insights into how MySQL is made highly available and scalable at big companies.

10. Data Charmer’s Blog — this is Giuseppe Maxia’s blog. He used to work at MySQL and then later joined Continuent, the company which has written the Tungsten Replicator, a widely used third-party Java-based replicator which supported features like Multi-source replication for earlier versions of MySQL when there was no native support. Do check out the MySQL Replication in Action blog series on this blog.

10. Morgan Tocker’s Blog —he worked as a Product Manager at MySQL and worked with Percona too. He has posted about a wide range of topics on MySQL including commentary on existing and upcoming MySQL features. See his posts about everything InnoDB.

11. Oliver Dasini’s Blog — this blog has posts about a wide range of topics but most frequently about database administration. His other posts cover a kind-of overview of features from a end-user’s perspective, walkthroughs and so on. Currently, he works as a Solutions Architect at MySQL.

12. Galera Cluster’s Blog — if you have deployed MySQL using Galera, this is the most useful blog. Galera is popular for being a syncronous multi-master database cluster. It is an alternative of MySQL’s NDB Cluster.

13. From Dual — is a consulting, training and services firm specialized in MySQL.They write in-depth about MySQL, MariaDB, Galera Cluster and Percona Server.

14. Jean-François Gagné’s Blog — his blog posts mostly revolve around different replication methods, solutions and workarounds. This comes from his extensive experience with setting up replication while he was working at Booking.com.

15. Mikael Ronstrom’s Blog — he is a Senior MySQL Architect at Oracle. His blog is wholly dedicated to writing about performance testing and benchmarking. Great blog for insights into how certain performance fixes are done and tested at MySQL.

16. Jeremy Cole’s Blog — community-renowned MySQL expert with an amazing talent of blogging with extreme clarity and depth. His blog series on InnoDB is super-interesting.

From the legend Dan Abramov himself, we receive such gems as “There is [no data fetching solution compatible with React Suspense] that exists yet,” and “[React Cache] will be the first one,” and… 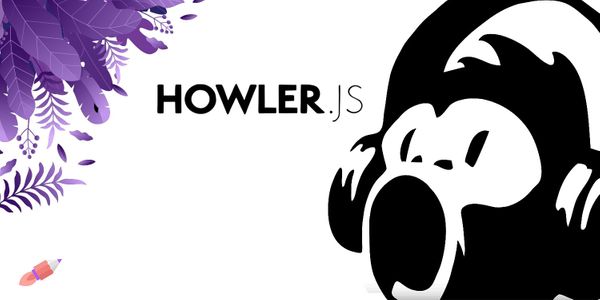