While splitting application code into multiple modules is not necessarily a new practice, it is becoming an increasingly popular way to organize bulky code. With that being said, building a modular app requires expertise and deep knowledge of coding principles and their workflows, and it's important to keep some best practices in mind.

In this article, we'll break down what the best practices for building a modular app are, but first, let's start with an introduction to modular apps.

An Introduction to Modular Applications

A modular application is an application composed of loosely coupled, functional units called modules, and these modules can be linked together to form a larger application. Each module performs a specific function or task, and although all of the modules are independent of one another, they can communicate with each other easily.

Modular development is also useful because complete modules can be reused for other applications, saving development teams valuable time and money.

Why Does Modularization Matter?

Modularization makes development quicker as smaller subprograms are easy to understand, write, and design than larger ones. The earlier definition of modules input and outputs make it easier for a programmer to develop and rectify code to get the desired output. After the development of multiple modules, it is easy to integrate and test them as a single unit.

Multiple Use of Subprograms

Modules are reusable because it is easy to relocate or link them with other applications where they can fulfill similar tasks. As a result, modularized apps are easier to manage and scale, which in turn, saves money and minimizes the amount of time it takes to develop them. Conversely, monolithic programming makes it nearly impossible to reuse existing code for a new program because it's often too difficult to locate and differentiate snippets of code from one another.

Ease of Debugging and Modification

Modular code is easier to debug than monolithic code because well-defined program interfaces and problems are isolated to specific modules. Once the tester has identified a faulty module, it becomes easier for a developer to fix it. Additionally, you can add new modules to an existing application with confidence because you know that it will not affect other modules in the application.

Since modules operate independently of one another, it's easier to identify code breaks. As each module has its own function or task, if a particular function isn't working, you can safely assume that there's an isolated issue with the module responsible for that function. On the other hand, the risks associated with code like vulnerability and unpredictability increase with the length of your code.

The process of building a modular app starts with breaking down the various functionalities of your app into separate modules. There are two approaches that most organizations use to do this—modularizing by feature and modularizing by layer—but the one you should use really depends on your team and the project you're working on.

In this modularization approach, developers break down code on the basis of different app features, and it creates more modules as each module is defining a unique feature. Later on, they integrate those modules to make communication between them easier and have an application that fulfills the required results.

Modularizing code by features has the following key characteristics:

In this approach, all the feature modules come together under a single domain and have more flexible rules. This approach helps developers use separate modules for different features as well.

Modularizing code by layers has the following key characteristics:

Modular application development requires a proper understanding of application features and modular architecture. If you are struggling to determine the best way to build a modular app for your project, the following tips may be helpful to you.

Before you do anything else, make sure that you and everyone on your team have a solid understanding of the project before you move into the development phase. As modular structure revolves around features and layers, having a better understanding of the different features of your app is vital to breaking projects into multiple modules. It's always easier to code, test, and integrate different modules if you start out on the right foot and break code into modules wisely.

Keep your code simple, and focus on one thing at a time before moving on. Each snippet of code should perform a single task within the scope of your project. If you find yourself adding more tasks to your codebase without breaking them down into separate modules, it may be time to refactor it.

Abstract interfaces promote seamless communication between different segments of code. It's important that you come up with an abstract interface for each module so that it can interact with other modules through well-defined interfaces rather than concrete implementations. This makes it easier for developers on your team to modify or add new features without breaking existing functionality.

Keep your code DRY, or Don't Repeat Yourself. DRY is a key principle in software development because it ensures that no piece of information is stored twice in different parts of the program's source code.

Use Names that are Easy to Understand

When you are working on multiple modules, it can be easy to mix up different module names, so provide all of your modules with clear and easy-to-understand names. This way, any developer looking at your code will know what it does just by glancing at its name.

No matter how you look at it, modular app development methods are quickly becoming the future of app development. With a modular approach, developers don't have to reinvent the wheel every time they start building an app. Instead, they can reuse code that they or someone else has already written, giving them a leg up on the development process for each new project. Considering current app development standards, it is pretty much always worthwhile to create reusable building blocks of code.

At Crowdbotics, our community of developers is working to build the largest library of reusable, open sourced modules in the world. If most apps are made up of similar modules, why should you or your team build apps from scratch? With us, you don't have to—head over to our app builder and start building today!

And if you'd like a little extra assistance, our expert team of professionals is dedicated to helping you get up and running as quickly as possible and would be more than happy to build and manage your app for you. Get in touch with us today to receive a detailed quote and timeline! 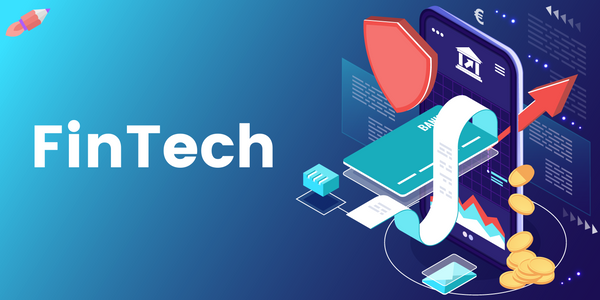 No matter what you do for a living, I think we can all agree that managing personal finances can be challenging even under the best of circumstances. And if you're considering building a finance app yourself, your timing couldn't be better—here's why! 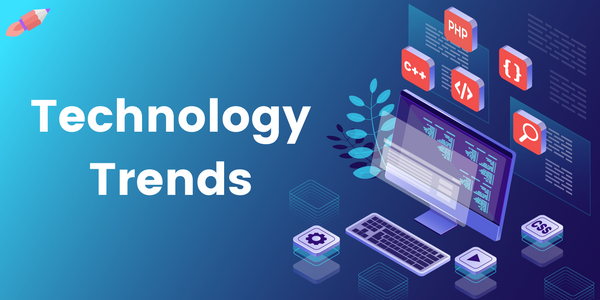 It's not an understatement to say that smartphones have completely changed the way we live, and the technology behind these devices is constantly evolving. Here are some of the biggest trends changing the industry as we know it!