Efficiently build a Twitter clone server from scratch that implements GraphQL as the query language to create the API.

In the last few years, GraphQL becomes a popular choice to build an API. It serves a great alternative to the REST APIs approach. Not only it is an open source application-layer query language, in comparison to REST, GraphQL fulfills the approach that a client request's only the desired set of information from the server in a single request.

In this tutorial, you will be building a server using Node.js, Express and Apollo server library. You will learn how to efficiently build a server from scratch that implements GraphQL as the query language to create the API. We will be using MongoDB to create a local instance of the database and store the application data.

To learn more about the basics of GraphQL, how it differs from REST, its building blocks like schema, resolvers, queries, and mutations, please refer to the previous post Creating a GraphQL Server with Nodejs. If you have an idea of what they are, you can continue to read this tutorial.

In order to follow this tutorial, you are required to have installed the following on your local machine:

Create a new empty directory and initialize it with a package.json file by running the following commands from a terminal window.

The last command will create a package.json file. We are going to build an integrated server using Expressjs and Apollo server.

Wait, what is an Apollo Server?

The Apollo Server is the server part of GraphQL where you manage and define a GraphQL API and handle responses that are sent back to the client in response to a network request.

When it comes to building a GraphQL API using Apollo on the server, there are two ways you can do that. One is called standalone which is irrespective of the server-side web framework (such as Express, Koa, Hapi and so on) using the apollo-server library. This package is kept library-agnostic, so it is possible to connect it with a lot of third-party libraries in client and server applications.

Another way is to use the community maintained packages such as apollo-server-express. Most popular HTTP Node.js frameworks are having their own community packages that you can check here. We are going to leverage this approach.

Run the following command to install the dependencies.

To verify if these dependencies are installed, open package.json file in your favorite code editor and you will get a similar result like below.

To understand how Apollo Server works, let us create a small bare minimum GraphQL server with the Express framework. Please note that, if you already know how to integrate Apollo server with express and create a hello world example, you are free to skip this section and move on to the next one.

At the root of your project, create a new file: index.js with the following code. We start by requiring the required dependencies in order to create this server and make it work.

Next, we define a basic schema. A schema in GraphQL is defined at the server in the form of objects. Each object corresponds to data types such that they can be queried upon. This object type has a name and fields. Like the below snippet, there is Query called hello which is of type string.

There are pre-defined scalar types in GraphQL like the string in the above snippet. Visit this link to read more about them. Queries are what you use to make a request to a GraphQL API.

In order to execute this query, you need a resolver. Resolvers are the link between the schema and the data. They are the functions that contain the logic behind a query or mutation. They are used to retrieve data and return it on the relevant client request.

In the above snippet, we are defining a resolver that will return the string Hello World on querying the server. If you have built servers before using Express, you can think of a resolver as a controller where each controller is built for a specific route.

Lastly, we need to use a middleware function from the Apollo Server Express library to instantiate the GraphQL API.

Here is the complete code for index.js file.

Now, go back to the terminal window and run node index.js command to trigger the server up and running. Visit http://localhost:5000/graphql in a browser window to see that API endpoint in action. Apollo comes with a default playground in order to test the API.

Let us mongoose to create a MongoDB based database model inside the Express server app. To proceed, you will have to install the dependency first. Go to your terminal window, terminate the node index.js command first and then run the following.

Once this dependency is installed, create a new folder called models. Inside it, create a new file called TweetModel.js. This will be responsible for holding the mongoose schema. For those of who do not know what mongoose, well, it is an ORM (object relation mapper) that helps the server app written in Node.js/Expressjs to communicate with the MongoDB database.

Mongoose allows you to define objects with a strongly typed schema that is mapped as a MongoDB collection. This schema architecture allows us to provide an organized shape to the document inside the MongoDB collection where the data is stored.

Start by importing the dependency at the top of the file and then connect the ORM to a local instance of the MongoDB database in the form of a URI: mongodb://localhost:27017/twitter. The port 27017 is the default port number where MongoDB runs on your local dev machine irrespective of the operating system you are using. The /twitter in the end is just the name of the database instance. You can name it anything. mongoose.connect() the function takes this URI as the first argument.

To learn more about how to create and use MongoDB in the cloud using MongoDB atlas, read our earlier post here.

Notice the tweetSchema object. It only contains three fields at the moment. The whole tweet as a string, and the name of the author who tweets. It is important to take notice of this schema, later, when you are going to create GraphQL queries, this is the same schema pattern you will have to follow.

Now, let us define the CRUD operations that this current Tweet model is going to perform on the MongoDB instance. Add the below snippet of code to TweetModel.js after you have defined the TweetModel itself.

Each of these function is taking an argument by default and that is the name of the author of the tweet. To keep this demo approachable and bare minimum, the author name right now is hard coded.

How to define GraphQL Types, Queries and Mutations

Open Types.js file and add the following snippet to add the type of the individual tweet based on the mongoose schema and our first mutation to create a new tweet.

In the above snippet, we define the type of the Tweet that will be used in every query and mutation. We are using gql for the graphql template literal. You can comment inside the GraphQL template literal using a hash #. Now open up the Resolvers.js file and add the following.

In the above file, start by importing the TweetModel since it will be used to extend GraphQL queries and mutations (defined above) to communicate with the MongoDB database in real time.

Currently, the index.js file contains the typeDefs and resolver from the previous hello world example. Let us import these two files from the api/ directory to replace them.

Now, go to the terminal window and run node index.js command. If you get zero errors, that means your server is running successfully. Also, make sure if you are using the local instance of MongoDB database, make sure to run the command mongod to kickstart the MongoDB service.

Once the server is running, visit the Apollo playground URL http://localhost:5000/graphql and run the following mutation.

On running this mutation you will get the following result.

Add a bunch of more tweets by running the above mutation again. Now, let us run a query to fetch all the tweets from the database.

To delete a tweet from the database, all you have to provide is the _id of the tweet and provide sub-fields. Providing at least sub-field is necessary for the delete mutation to run, otherwise, it will throw an error.

You will get the following result.

Run the query to fetch all the tweets to see how many tweets are left.

The last operation is to update a tweet. Again, it is a mutation. All you to provide is the updated tweet in the form of a string and _id of the tweet you want to update.

The output you get:

By fetching all the tweets you can verify that the updating mutation worked!

Once everything is working, now let us add git version to this React project and then, further add the support for Crowdbotics app building platform. Open a terminal window and execute:

More and in-detail information about this process can be found here.

If you completed this tutorial, Congratulations!🎉

Not only did you learn how to configure and integrate an Express web server with the Apollo server library and MongoDB database. You ended up building complete CRUD functionality.

Apollo Server is an open source project and is one the most stable solution to create GraphQL APIs for full-stack applications. It also supports client-side out of the box for React, Vue, Angular, Meteor, and Ember as well as Native mobile development with Swift and Java.

You can find the complete code for the tutorial in this Github repository. 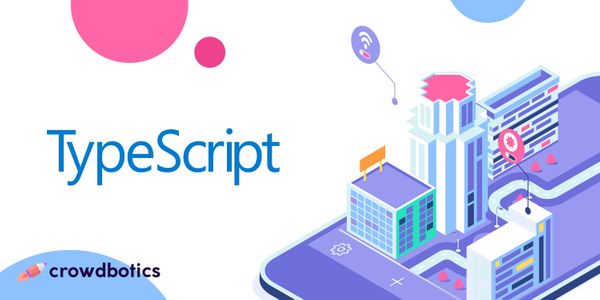 If you are building web applications with ReactJS, you might have heard or used TypeScript. Some say that TypeScript is the missing functionality from JavaScript's ecosystem. I must say, I did not enjoy writing React apps in TypeScript at first but I've come around. 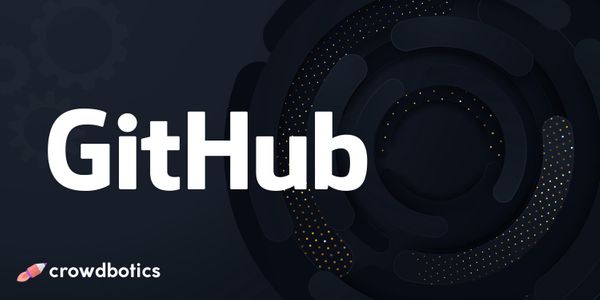 The Crowdbotics — GitHub integration makes it easy to add new features, hosting, and even expert developers to your existing application.