There is no reason a global state package should require so much boilerplate or add such complexity to a project. Here’s a better way.

When your React application reaches a certain size and scope, attempting to manage state within component instances adds too much complexity, prop drilling, and code smell. Developers inevitably turn to global state management tools, such as MobX or Redux, to solve these problems and make their lives simpler. I strongly endorse Redux and use it in my personal projects, but not all developers share my sentiment.

I have worked on quite a few large projects that have demanded a global state powerhouse behind the React UI. No matter application size, team size, or member seniority, the almost universal opinion of these global state management packages has been overwhelmingly negative.

The top two complaints? Boilerplate and learning curve. While these packages solve a lot of problems and solve them well, it is not without cost. Developers are not happy with how many files, code blocks, and copy-pasting is required to set up or modify their global states. More importantly, junior developers have a hard time overcoming the learning curve required of them. Creating a global store is a nightmare for some, and extending it with functionality, such as developer tooling and asynchronous features, was a task that took too much company time and caused too many employee headaches.

I polled many developers to gauge their top complaints when integrating global state management into their React applications. You can skip to the end of the list if you don’t want to read them all. These excerpts are merely outline common difficulties when integrating global state into React applications and barriers faced by real React developers.

After this list, I feel the need to reiterate: I am a fan of Redux, and I use it on my personal projects. The purpose of this article is not to trash Redux or MobX, or to propose that they are flawed systems. It is to highlight a real issue: There is difficulty integrating these packages into real applications, and most of this difficulty seems to stem from the learning curve. These packages are “too clever” and are not as accessible to junior developers, who tend to make up the majority of contributors to projects.

One piece of feedback I received explicitly blamed the users of the packages: “Users don’t put enough effort into evaluating their needs; don’t use [the packages] judiciously or as advised; don’t give a second thought to any dependencies they add; and never revisit their design decision, then complain about them.” I think they were onto something. I don’t think Redux or MobX are innately flawed, but I think there is a real difficulty in integrating them into enterprise projects. They may not be the best solution, not out of function, but out of complexity.

I am hoping with the release of React 16.7 Hooks and its re-conceptualization of how a readable React application looks, we will see global state solutions that harness creative new methods that appeal to wider audiences. With the ultimate goal of no boilerplate and intuitive syntax, this article will offer my opinion on how a global state management system for React can be structured and finally my open-source attempt of that implementation.

You may use this implementation yourself via reactn on NPM or contribute to, fork, or otherwise spy on the open-source GitHub repository.

We read from and write to a local component state using the following syntax:

We should be able to harness the power of global state similarly:

As a technical necessity, a global hook would need the property name (instead of a default value) in order to access that specific property. I would opt away from a default value on a global hook. Almost by definition, a global state property is to be accessed by multiple components. Having to put a default on each component, which should theoretically be the same default value for all instances of that property, is not DRY code. Global defaults should be managed externally, such as an initializer.

And if you want the entire global state object in a hook:

When we strip a lot of the features of Redux or MobX that developers find unnecessary, tedious, or otherwise superfluous, there isn’t much boilerplate needed. Especially when we gear our package towards React itself and not on being a global state solution for the Internet as a whole.

If we want this.global and this.setGlobal in class components, then it needs to be on the class each component extends — React.Component and React.PureComponent. That new class, with global state functionality, would extend the original React.Component or React.PureComponent. There are a few different ways to go about this. I opted for what I would consider to be the easiest for any developer: a single byte change.

The package, named reactn, exports an exact copy of React, except the Component and PureComponent properties extend the originals by adding the global member variable and setGlobal method.

Whenever you add this single byte to a file, all references to React.Component and React.PureComponent now have global functionality built in, while all references to other React functionality, such as React.createElement are completely unaltered. This is accomplished by copying the references to the same React package you are already using to a new object. reactn is lightweight as a result, as opposed to a copy-paste clone of the React package, and it doesn’t modify the original React object at all.

But what if you don’t want the React object that you import to have these new properties? I completely understand. The default import of reactn also acts as a decorator.

No decorator support in your create-react-app? Class decorators are easy to implement in vanilla ES6.

One of these three solutions should meet the style guidelines of your team, and any of the three options have no more than one line of “boilerplate” to implement.

But what about setting up the store? The aforementioned initializer? The aforementioned redux nightmare? My best solution thus far is to simply pass a state object synchronously, but I feel it’s an area that could use some improvement from community feedback.

You’re right. React global state management solutions should harness the power of React Hooks — after all, functional components use useState, so in order to be intuitive to what React developers already know and use, there should be an analogous global state hook.

We can offer a completely analogous solution; and, as it should, it shares global state with the global text property used in the class component demo. There’s no reason why functional and class components can’t share their global states. Using hooks-within-hooks, we can force a component to re-render when a global state property to which it is “hooked” changes — just as you would expect with local state.

A little more versatile, we can use useGlobal the same way class components use it. This may be more accessible to the user migrating from classes.

With Redux’s dependency on reducers and React 16.7’s introduction of useReducer, I simply couldn’t pretend that reducers aren’t a modern day implementation of state management. How do you manage a third party global state without the boilerplate of reducers?

This introduces the familiarity of Redux reducers with less boilerplate: the functions are smaller and easier to code split, and there are no higher-order components to cloud the React component tree. Altogether this, to me, feels more maintainable.

The second solution is inspired by the functional useReducer.

Since useGlobal takes a string property name as a parameter in aforementioned examples, it is unambiguous that a function parameter should be a reducer. Like useReducer, you can use this returned reducer to modify the global state. Your reducers can thus be code split or even imported if that is preferred to the aforementioned addReducer. If addReducer is preferred, you can still access your added reducers in functional components via const addCard = useGlobal('addCard');.

This isn’t the documentation for reactn, so I won’t detail the bells and whistles. I do want to outline a system that I believe is significantly more intuitive to React developers, in hopes that it may inspire creativity that is targeted to React solutions. There is absolutely no reason a global state package should require so much boilerplate or add so much complexity to a project. All of the above takes up a whopping 8kB uncompressed, on par with redux itself, without the need for middlewares to handle asynchronous state change.

If you liked this article, feel free to give it a clap or two. It’s quick, it’s easy, and it’s free! If you have any questions or relevant great advice, please leave them in the comments below.

To read more of my columns, you may follow me on LinkedIn and Twitter, or check out my portfolio on CharlesStover.com.

This is an interesting programming challenge that reddit user i7_leaf claims to have received as an interview question. There is one key difference between the original question and what I will cover… 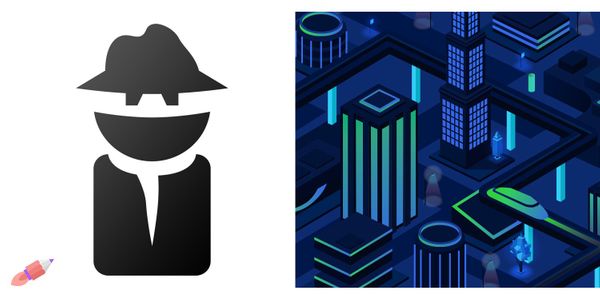 Why is Cross-Site Scripting (XSS) still the most common web vulnerability? The theory of identifying XSS is pretty straightforward, there are many static analysis tools created to detect it and yet…