By this point, you've likely heard of DevOps, but have you heard of DevSecOps?DevSecOps is a development strategy that puts an emphasis on security from the very beginning and encourages security and development teams to work together on the same project. With this model, security teams are better able to understand the build process and can add layers of security at every step, improving security for the entire build.

This collaborative model offers a more iterative approach to software development. It promotes increased communication between development and security teams, and it introduces security in the early stages of the build process. In this way, both teams work together instead of in isolation, and this allows them to pick up on and eliminate any security vulnerabilities in the code early.

In this article, we'll cover what DevSecOps is, how it differs from DevOps, and why it's important to put the security of your app first.

What Are the Components of DevSecOps?

As the name suggests, DevSecOps methodology is a combination of development, security, and operations. What may not be quite so obvious is that it is utilized to automate the security of your app at every stage of the software development lifecycle, with DevSecOps teams closely monitoring and improving security at each stage of the process.

The goal of DevSecOp team members is to detect any security flaws that exist in the software before they become problematic. They do this by automating the authorization process for each new feature and then monitoring it for flaws at it makes its way through development. Features are also monitored once they've been deployed to a production environment and during testing prior to releasing it to users.

DevSecOps vs. DevOps: What's the Difference?

In the past, the role of security in development was isolated and held off until the final stage of app development. When development cycles lasted months or even years, that wasn't especially problematic, but that's no longer the case.

When implemented effectively, modern DevOps ensures rapid development cycles that can last a matter of weeks, or even days, but outdated security practices can throw a wrench in even the most methodical of DevOps initiatives.

In order to capitalize on the level of agility and responsiveness that a DevOps approach has to offer teams, it's vital that IT security play an integral role in lifecycle of your app's development.

The ultimate goal of a DevOps team is to find a way to increase the frequency of deployments while also ensuring predictability and efficiency of the app. DevOps engineers focus on how they can deploy app updates as quickly and efficiently as possible without having a detrimental impact on the user experience. While this focus on the speed of delivery is desirable, it often means that security threats are not prioritized. This can lead to an accumulation of vulnerabilities that can ultimately end up jeopardizing the success of your app, collection of end user data, and proprietary company assets.

DevSecOps evolved from DevOps as development teams began to realize that the DevOps model didn’t adequately address security concerns. Instead of retrofitting security into the build, DevSecOps emerged as a way to integrate the management of security earlier on throughout the development process. Through this method, application security begins at the outset of the build process, instead of at the end of the development pipeline. With this new approach, an engineer of DevSecOps strives to ensure that apps are secure against cyberattacks before being delivered to the user, and are continuously secure during app updates. DevSecOps emphasizes that developers should create code with security in mind and aims to solve the issues with security that DevOps doesn’t address.

DevSecOps means thinking about application and infrastructure security from the start. It also means automating some security gates to keep the DevOps workflow from slowing down. Selecting the right tools to continuously integrate security, like agreeing on an integrated development environment (IDE) with security features, can help meet these goals. However, effective DevOps security requires more than new tools—it builds on the cultural changes of DevOps to integrate the work of security teams sooner rather than later.

Whether you call it “DevOps” or “DevSecOps,” it has always been ideal to include security as an integral part of the entire app life cycle. DevSecOps is about built-in security, not security that functions as a perimeter around apps and data. If security remains at the end of the development pipeline, organizations adopting DevOps can find themselves back to the long development cycles they were trying to avoid in the first place.

In part, DevSecOps highlights the need to invite security teams and partners at the outset of DevOps initiatives to build in information security and set a plan for security automation. It also underscores the need to help developers code with security in mind, a process that involves security teams sharing visibility, feedback, and insights on known threats. It’s possible this can include new security training for developers too, since it hasn’t always been a focus in more traditional application development.

What does built-in security really look like? For starters, a good DevSecOps strategy is to determine risk tolerance and conduct a risk/benefit analysis. What amount of security controls are necessary within a given app? How important is speed to market for different apps? Automating repeated tasks is key to DevSecOps, since running manual security checks in the pipeline can be time intensive.

To do: Maintain short and frequent development cycles, integrate security measures with minimal disruption to operations, keep up with innovative technologies like containers and microservices, and all the while foster closer collaboration between commonly isolated teams—this is a tall order for any organization. All of these initiatives begin at the human level—with the ins and outs of collaboration at your organization—but the facilitator of those human changes in a DevSecOps framework is automation.

But what to automate, and how? There is written guidance to help answer this question. Organizations should step back and consider the entire development and operations environment. This includes source control repositories, container registries, the continuous integration and continuous deployment (CI/CD) pipeline, application programming interface (API) management, orchestration and release automation, and operational management and monitoring.

New automation technologies have helped organizations adopt more agile development practices, and they have also played a part in advancing new security measures. But automation isn’t the only thing about the IT landscape that has changed in recent years—cloud-native technologies like containers and microservices are now a major part of most DevOps initiatives, and DevOps security must adapt to to meet them.

DevOps security is built for containers and microservices

The greater scale and more dynamic infrastructure enabled by containers have changed the way many organizations do business. Because of this, DevOps security practices must adapt to the new landscape and align with container-specific security guidelines.

Cloud-native technologies don’t lend themselves to static security policies and checklists. Rather, security must be continuous and integrated at every stage of the app and infrastructure life cycle.

DevSecOps means building security into app development from end to end. This integration into the pipeline requires a new organizational mindset as much as it does new tools. With that in mind, DevOps teams should automate security to protect the overall environment and data, as well as the continuous integration/continuous delivery process—a goal that will likely include the security of microservices in containers.

Standardize and automate the environment.

Each service should have the least privilege possible to minimize unauthorized connections and access.

Tight access control and centralized authentication mechanisms are essential for securing microservices, since authentication is initiated at multiple points.

Isolate containers running microservices from each other and the network.

This includes both in transit and at rest data, since both can represent high-value targets for attackers.

Encrypt data between apps and services.

This should be part of the process for adding containers to the registry.

This includes running security static analysis tools as part of builds, as well as scanning any pre-built container images for known security vulnerabilities as they are pulled into the build pipeline.

Automate security updates, such as patches for known vulnerabilities.

Do this via the DevOps pipeline. It should eliminate the need for admins to log into production systems, while creating a documented and traceable change log.

This allows for compliance with security policies and the elimination of manual errors. Audit and remediation should be automated as well.

DevSecOps is the process of securing your products throughout all stages of development. Whether you are building a WordPress plugin, a mobile game, or a SaaS product, the DevSecOps process remains the same. You must carefully monitor your product to catch bugs before they become vulnerabilities.

Non-profit organizations face a unique set of obstacles that large corporations do not, and customized software development can help. In this article, we'll take a look at the different types of software solutions available to the non-profit sector and make some projections for the future. 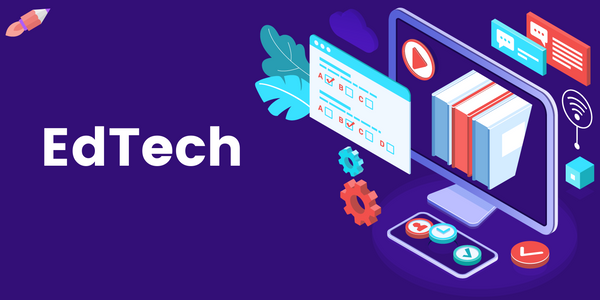 The Education industry’s tech needs are accelerating faster than other industries as a result of a shift towards hybrid learning. In this article, we'll take a look at the different types of software solutions available to the Education industry and make some projections for the future.

Crowdbotics Blog
—
DevSecOps: Prioritizing Security From the Start
Share this