What are blockchain games and how do they work? Here are some examples of games built on the Etheruem blockchain and beyond.

What are Blockchain Games?

Traditional gaming platforms create closed loops in terms of development: no one from the outside can build a different version of it, see the core logic or use existing data (assets). In blockchain, most of the core logic and data (assets) is governed by smart contracts, and that can be analyzed and reused.

Blockchain games are decentralized. Instead of living in a centrally controlled server, blockhain game assets an digital goods are distributed among ‘players’. Blockchain games either issue their own token or use an existing token (such as ether in case of Ethereum). With well designed token economics and gameplay, blockchain games are starting a new era in the gaming industry.

Scaffold your own ERC-20 token in 30 seconds, without writing a line of code, using the Crowdbotics App Builder

**Game theory — **We are discussing games, so first and foremost things which apply is game theory. Blockchain itself use game theory for network design.

Game theory is the study of mathematical models of strategic interaction between rational decision-makers. It has applications in all fields of social science, as well as in logic and computer science. Originally, it addressed zero-sum games, in which one person’s gains result in losses for the other participants. — Wikipedia

In terms of game theory, blockchains games such as Fomo3D (we will talk about them later in the article) demonstrate how a race for a zero-sum game can exploit human rationality.

Tokenomics — Tokenomics does not exist in other types of gaming platforms. Tokenomics create different interest groups in a network, which enables different properties of game theory. Using tokens to design incentives or create new assets give immense power to the blockchain games.

Decentralization- Anyone can analyze the code used in blockchain games. This brings transparency and puts players and creators on the same side. No one has control over the outcomes of the game. If the developer tries to do an update not supported by the community, the game can be forked and different versions can be built.

Hundreds of games have been already built on public blockchains like ethereum and Eos. So, let’s discuss some famous Ethereum games and their inner workings.

In November 2017, Cryptokitties caused the ethereum network congestion. It went viral and everyone wanted a kitty (the internet loves cats). With more than 14k users and around 5k ether in a day, it created some problems for ethereum devs. Even WikiLeaks was buying the kitties.

Cryptokitties was based on NFT token and every kitty is different than other kitties. Kitties can breed and can be traded on open marketplaces. After cryptokitties, there was a wave of NFT games. Mentioning Few below.

Cryptopunks with 10000 unique collectible characters came before Cryptokitties and was a great learning source for Cryptokitties team.

An era of Gambling and Ponzi Games

Then came Era of Gambling game and Ponzi games. You bet a small amount to win a large amount and things like dividends and lifetime referral earning were in pretty much in play.

Fomo3D is such a game where $12 million was on the stake. The earliest precursor of such game was PoWh project.

2- One has to buy the tokens (Keys) of the game to play. As players buy tokens, the ticker will move forward in time.

3- There is no limit on how much ticker time will extend. And every buy transaction has some fixed fee.

4- You will get dividends according to your token.

5- Once the ticker stops, the last person who bought the tokens will win.

There were a lot of projects similar to this with the different name and parameters (such as fix time limit). Though these games look like Ponzis at fist blush, they really demonstrate the best of game theory, tokenomics, and smart contract development.

There are more than 650 ethereum Dapps are listed currently under games and gambling category on DappRadar , in which around more than 500 games have 0 ether as last 7 days volume.

As you can see Games are a top category in terms of daily users. But you can see that there is no real adoption over last year. There are some fundamental limitations around blockchain games, which needs to solve first.

Ethereum has around 15 tx/sec limit currently. This is a significant limitation for a multiplayer game. Projects like POA Network and Loom Network are working to solve this scaling problem. There are some hybrid solutions like Gods Unchained that are also trying to solve the scalability problem.

Cryptokitties was the first game with good UX, and that was the one of the main cause for its success. But, overall, blockchain games still needs better UX to compete or integrate with other game platforms.

Blockchain games ecosystem currently lacks professional gamers and development companies focusing on developing games on the blockchain. One thing to notice here that ethereum has the biggest developer community compare to all other blockchains. Blockchain needs professionals and enthusiasts who understand both gaming and blockchain. The pool is simply limited at the moment.

Benefits and Potential of Blockchain Games

Blockchain games have immense potential and solve some real core problem around game asset management. For example sharing collectibles of one game into another.

I was playing PUBG recently, a multiplayer mobile, and desktop games and collected some cool accessories but those accessories are unusable and invaluable outside of the game. That's a big problem in conventional games. As blockchain collectibles live on distributed open database represented by tokens, this means this can be reused outside of the game and there are marketplaces like Rarebits Rare Bits and Opensea OpenSea , where you can buy and sell these collectibles.

This opens the door for new possibilities as these tokens can be reused in bootstrapping liquidity or raking in new games. A player is not bound to any particular game and value spend is not lost outside the game.

Blockchains are open and verifiable, this really helps in betting games as a player don’t want to trust anyone. Also, game rules and incentive mechanism can verifiable by anyone. This reduces chances for scams.

Using real asset create real-world incentives, which makes blockchain games different from other platforms. How many times did you earn real money playing games? Because of inbuilt incentivization. it’s easier to build games which pay on the blockchain.

If developers can no longer change the rules of the games easily, it becomes more difficult to exploit existing users to make money. This trust component to blockchain games makes will benefit both developers, new users, and loyal players. With blockchain-based games, players and creators are on a team.

Conventional games run on the centralized server. They can be shut down for various reasons. I remember that I used to play Deamon souls, whose online servers shut down recently.

I still love small games like curve fever. I like the old version but new versions came and developers are pushing that. This kind of problem can be prevented in Blockchain games as the community can fork of the games and versions of the game.

Blockchain games are already ahead in terms of incentivization, though tech and UX need a lot of improvement for mass adoption. We will see more progress in this direction over the time as scaling will improve. Developers already started building games on other blockchains like EOS, TRON which have some better transaction rates. Better incentive and reusable assets will attract more professional development in this space. There are some ambitious projects like Decentraland that plan to create a virtual world of blockchain assets.

The possibilities are many, so it will be exciting to to see how creative and passionate developers and players remix the fundamental principals of blockchain games into the the games of the future.

I recently contributed a few tech tutorials to Crowdbotics. Crowdbotics has an awesome team that really knows how to automate software development and project management. Recently, Crowdbotics’… 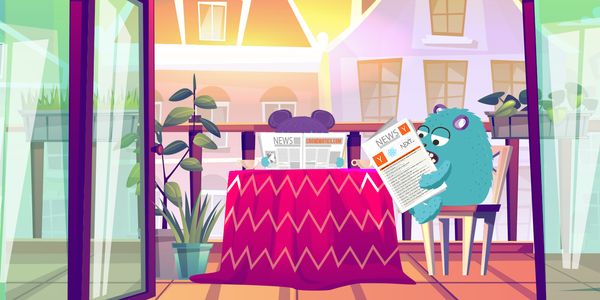 Building (or cloning) a JavaScript-based app using React as the front-end framework comes with some challenges. You want to focus on building and shipping the application rather than spending too…