Alexa is Amazon’s cloud-based voice service which powers the Echo family of devices as well as the companion app on the Android and iOS smartphones.

Out of the box, a user can give Alexa a number of voice commands such as creating a to-do-list, set the alarm, play a song, or provide the news. The tasks Alexa performs upon user request are called “Alexa Skills”. Essentially, an Alexa Skill is a voice-driven Alexa app.

Alexa has a number of built-in skills, but developers can build new custom skills, by using Alexa Skill Kit (ASK). The ASK, a collection of APIs and tools, handles the hard work related to the voice interfaces including speech recognition, text-to-speech encoding and natural language processing. ASK helps developers build a skills quickly and easily.

In this post, we’ll introduce the basics of Alexa skill development by building a simple custom skill called “My Favorite Chess Player”.

You can then apply the same process to turn your own idea for a custom voice command into a working Amazon Alexa skill.

The communication between the user and the custom skill is achieved via an Alexa powered device such as the Echo.

Activation of a particular skill is done by saying the skill’s invocation name along with the trigger word (“Alexa”) which activates the Echo device. For example, the command “Alexa, open my favorite chess player” will start the “My Favorite Chess Player” skill.

Upon activating the skill, the user is able to send other voice commands, or speech requests, to the skill.

Communication within the Custom Alexa Skill

The Alexa skill consists of two main components: the skill interface and the skill service.

The skill interface processes the user’s speech requests and then maps them to intents within the interaction model. The intents are actions that fulfill the spoken requests from the user. Every intent has at least one utterance, a predefined word, phrase, or sentence which the user might say to invoke the intent. If a specific intent is detected, the skill interface creates a json encoded event, which is passed to the skill service.

Now that we know, in principle, how to communicate with a custom skill, it is time to prepare the tools for building one.

The skill interface is implemented within the Amazon Alexa developers platform. This means that you’ll need an Amazon Developers Services (ADS) account in order to build the skill and its interaction model.

Note: If you don’t have an ADS account, now is the right time to create one. It is easy and free.

We are going to use the Amazon Web Service (AWS) as the skill service, so you will also need an AWS services account. In AWS, we’ll write a function which will make decisions and create responses based on the received event.

Note: Creating an AWS account may take some time, due to the required verification procedures. A debit/credit card info is necessary and the cost for setting up the account is 1$. However, you’ll get a bunch of free tiers which you can use forever.

With your account set up, we are now going to build our custom Alexa skill.

Our custom amazon Alexa skill is going to do the following: when activated, it will provide a list of chess players and ask the user if he wants to hear more about any of the listed players.

If the user agrees and says something like “Tell me about Bobby Fisher” the skill will read a short biography corresponding to the chosen player if he is in the list. If the user decides that the topic is too boring, he can reply with “No” and the skill will close. The name of our skill will be “My Favorite Chess Player.”

To build the My Favorite Chess Player skill:

The Interaction model is a very important part of our skill. It contains the skill’s invocation name, intents and utterances, etc., which are crucial for the interaction with the skill services.

First we are going to set up the invocation name for our skill:

The invocation name is what we say to start the interaction with our skill.

Now we are going to set up the intents. For our skill we need:

Luckily, ASK has a large library of built-in intents so we will have to create only one custom intent.

To create a custom intent we need to:

The “playerBio” intent handles the user spoken request to hear the biography of a chess player. Now that we have created an intent, we must create the corresponding utterances. Since we are going to use a list of chess players, we’ll need to employ a custom slot for our utterances.

To create an utterance:

We can create a few more utterances with the same “player” slot. In the “Sample Utterances” field we’ll enter the following utterances:

Note: Slots are a very powerful accessory for building a custom Alexa skill. For example, the statement “Tell me about {player}” means that the user can ask our skill about any chess player from the slot player. Furthermore, multiple slots provide the possibility of using dialogs in which the Alexa skill prompts the user to fill all slot values in order to fulfill the intent.

Finally, the last step needed for setting up the “playerBio” intent is to assign the slot type to the player slot.

The remaining intents are built-in intents.

The “AMAZON.NoIntent”, “AMAZON.CancelIntent” and “AMAZON.StopIntent” will handle the user speech request when the user declines to interact with the skill, or wants to stop the interaction.

The “AMAZON. FallbackIntent” will handle the user speech request which doesn’t match any of the utterances.

The “AMAZON.HelpIntent” will handle the user speech request for help.

The “AMAZON.NoIntent” is not included by default, like the other built-in intents, so we’ll have to add it.

That is it. But before we proceed further with building our skill, we should talk about the interaction model schema.

The skill service can be either a user implemented web service or the AWS service. This is configured in the “Endpoints”. For our skill, we are going to use the AWS service, which communicates with the skill interface via the AWS Lambda function.

To choose the AWS service:

To complete our skill we need to create and configure the AWS lambda function. This function receives events from and returns responses to the skill interface. Events contain the information about the way in which the user is interacting with the skill including the type of request user has triggered.

There are three main request types:

For our simple custom skill we’ll configure the Lambda function using Python, which is supported on the AWS services.

The response of our Lambda function is going to be in the following format:

For this type of the response format, the output provided to the user will be:

We are ready to create the AWS Lambda function using the AWS services.

Now that the AWS Lambda function has been created, we need to set the function triggers and write the code. If everything was done correctly, we should have the “chess_lambda_player” form in our browser.

To set the function trigger:

The ARN is used to complete the connection between the skill interface and the Lambda function, which is why our next step would be to pass it to the skills “Endpoints”.

The My Favorite Chess Player custom Alexa skill is completed and ready for testing!

Finally, we can test our custom Alexa skill using:

To test the skill in the service simulator:

If you are satisfied with your skill and sure that it works properly, you can publish it to the AWS Alexa.

That is it! You now have a working custom Amazon Alexa Skill.

Let’s do a quick recap.

First, we have learned that an Alexa skill is voice-driven app for Alexa which preforms a specific task for the user at his request.

We then learned that the user request (to the skill) is handled first by the skill interface, using the interaction model, and then by the skill service that forms the response for the user, using the Lambda function.

Finally, by building our own custom skill we have learned the very basics of practical skill building and scratched the surface of the Amazon Alexa developers console and AWS Lambda services.

Have fun while making your own custom skills!

Special thanks to those who reviewed and commented on early drafts of this post: Aleksa Miladinovic, William Wickey. 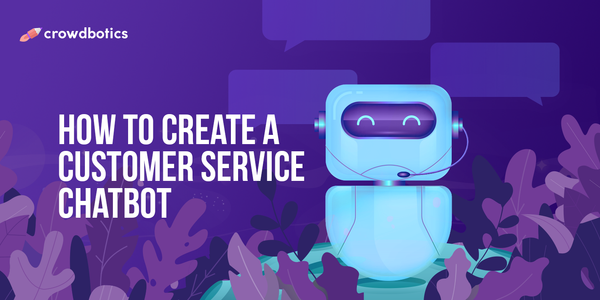 The good news is that you don't need to have programming skills to build your own customer service chatbot. There are many tools, such as Chatfuel, that allow you to quickly and easily automate… 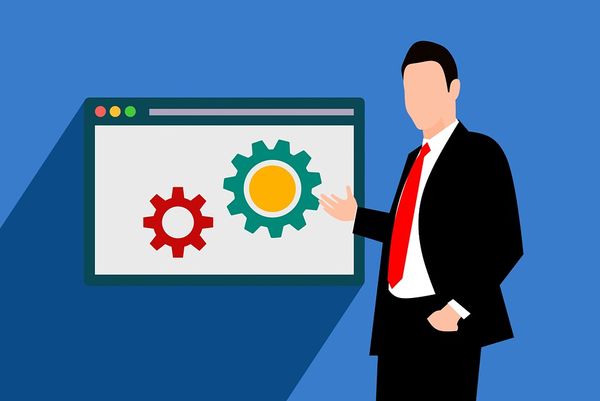 It’s not easy, but it is possible to build a software product if you are non-technical.