Modern front-end development is more demanding than ever before with new design standards, code requirements, and the introduction of responsive web and mobile designs. As a result, finding ways to automate the conversion of design files into functional code can save engineering teams potentially hundreds of development hours.

While it's true that each project and team may have their own workflow and tools for turning designs into a working product, there are some common functions and phases which are essential in any design-to-development handoff. To identify opportunities for automation, we must first understand how the current manual process works.

How to manually turn design files into code

The following is a standard process for converting application designs into real code.

First, the designer slices images which cannot be replicated using CSS. Then, they export all visual assets and prototypes in .png, .jpg, .svg, or any other formats required by the development team.

2. Write HTML for each section.

A single page can be divided into multiple sections. To keep designs consistent and neatly laid out with HTML code, you need to include sections from top to bottom. The most common sections of an HTML file are the header, hero/slideshow, content, and footer.

After creating the sections, it is important to review that code for the accuracy of syntax. A minor syntax error in HTML code can cause significant usability issues for users. You can also use an HTML validator in order to speed up the code review.

After creating the HTML skeleton, it's time to do some styling with CSS. If you are using a CSS framework such as Bootstrap, you already have some styling set up. However, you need to give your personal design touches to the code using your own CSS.

You can even use a CSS compiler, which has many options, such as the ability to use variables. Three well-known preprocessors are SASS, LESS, and Stylus.

4. Add some interaction with JavaScript.

After creating the basic structure with HTML and enhancing it with CSS, it's time implement the JavaScript part of your app. With the use of JavaScript, you can create an interaction between the web page and the user. You can also use some JavaScript libraries such as jQuery, VueJS, and ReactJS, which help to create dynamic layouts more easily than using raw JavaScript.

Who is involved in designing products?

Once the designers finalize the design of a UI, they transfer those design mockups to the developers to get it implemented into code. This process is known as the design-to-development handoff.

Designers focus on things like interface features, user experience, graphics, and visuals, while developers are responsible for making the product functional. Constant collaboration and smooth handoffs between designers and developers are vital for the successful implementation of the product.

Product managers also act in an organizational capacity to oversee this collaboration between designers and developers.

Before discussing automation strategies, let's cover some common tools which can be used to produce development-ready design files.

Sketch is a leading tool for interface design and wireframing. With its standard features like artboards, symbols, and exporting, Sketch revolutionized UI design and became the most-used design platform back in 2015.

It consists of an intuitive workflow and plugins to power the design workflow. Sketch allows developers to export assets and CSS classes by having Sketch installed on their computers. However, Sketch is only available for Mac OS.

Figma is a cloud-based prototyping tool that is similar to Sketch in features and functionality. Its main differentiator is real-time collaboration that allows teams to work together on the same project simultaneously. You can share files with your teammates for review, and there's no need to save or upload your work while editing, as it automatically syncs with the cloud.

Figma also lets designers build reusable design systems and thereby speed up design efforts even more. Another key benefit of Figma is allowing developers to access the raw design file in the browser and inspect or export elements directly from there.

Figma is free to use for two members (up to three projects) with unlimited cloud storage. As it's built as a web app that runs in the browser,  you can use it on any operating system.

InVision is a powerful UX tool that allows Sketch and Photoshop designers to import their static UIs and convert them into dynamic prototypes. It acts as a one-stop app for both prototyping and design handoff.

InVision recently released InVision Studio, which allows you to do UI design, prototyping, design handoff, and even complex animation features.

Adobe XD is the latest addition to the Adobe creative suite. It can be used for editing lightweight vector graphics and prototyping. Adobe XD offers a convenient platform for design teams to work on various projects such as websites, mobile apps, games, and video interfaces.

Adobe XD also supports live collaboration, where you can edit the design in real-time with others. Some other key features of Adobe XD are triggers, interactions, overlay support, repeat grid, responsive resize, asset export, and so on.

How to automate your design-to-development handoff

In the past, converting a design to code was a stressful and tedious task for developers. Photoshop was the only tool that was available for UI designing. At that time, converting the design to code was called "slicing the PSD." The designer had to write design specs manually for each layer of the Photoshop file, which often caused inconsistencies.

But with the emerging design handoff tools mentioned above, developers are able to build apps that can fully analyze and interpret the design documents. Nowadays, these tools have become vital in every design workflow. They not only simplify the design process but also help designers and other team members work together efficiently.

Automated workflows for keeping employees in the loop about design changes

Keeping team members aware of design changes is crucial in order to prevent any misunderstandings and ensure a successful design handover. Many handoff tools support in-app commenting to increase collaboration between designers and developers. It is also a great way to provide feedback about design decisions.

Figma uses Slack as its communication channel, and any updates or comments on design files are slacked to the team. That feature is crucial when doing real-time designing, as changes to the Figma file will get updated in all other instances where the file is linked. Changes to a mockup, validated or not, can be immediately reviewed by the live feedback channel. The comments on Figma files can also be tracked by emails.

Another key functionality that is very beneficial in product design is the ability to distribute designs, manage revisions, and collect feedback. Figma offers this facility as a cloud-based app. Anyone with a Figma link is able to see the most recent version and collaborate or comment directly on the point they want to give feedback.

Some design tools are capable of generating CSS code automatically. Developers can copy and use them straight away in their code. This saves a lot of time when developers are converting design elements into a web app.

Other approaches for automating the design file handoff

Apart from the tools mentioned above, there are some AI-based solutions that can transform your designs into standard code. One popular example is Sketch2Code by Microsoft. It is a web-based solution that uses AI to generate valid HTML using a hand-drawn UI design.

Pix2Code is another app that can convert graphic designs to functioning code with the use of AI. It uses an image of the UI design as the input and converts it into the corresponding code. The most impressive feature of this app is its generated code is compatible with Android, IOS, and other web technologies with an accuracy of 77%.

Transitioning to the above automated platforms from a manual handoff process will also require some careful consideration within the organization. Some designers who are used to traditional tools like Photoshop may be lacking skills on automated platforms like mentioned above. Therefore, management will have to carry out a proper action plan to train them on how to use those platforms productively.

Also, if designers haven't proactively communicated with developers until the design handoff, with these tools in the workflow, the preparation for the handoff will start from the very beginning of the process. Designer-developer collaboration is still essential with the introduction of automation, and these tools will make that collaboration much easier.

Design to Development with Crowdbotics

Crowdbotics is built to support total design-to-development automation. Using the Crowdbotics App Builder, you can turn your design mockups into fully functional business-ready apps. You can export designs from any of the handoff tools mentioned above and turn them into production-ready, standard, and compliant code directly within the product.

If you want to move even faster, our Managed App Development service lets you actively collaborate with expert PMs and developers to finalize your designs, create specifications, and release your app with perfect fidelity to its design files. Get in touch with our team today for a detailed quote.

Design handoffs normally require multiple assets, style guides, developer walkthroughs, and other incompatible steps that risk misinterpretation. However, with the right tools and technology, you can automate the handoff process and handoff a single prototype that contains all the necessary specifications, interactions, and documentation that developers need to refer to. There will be no more scattered assets or documentation, and developers can get a head start in coding. 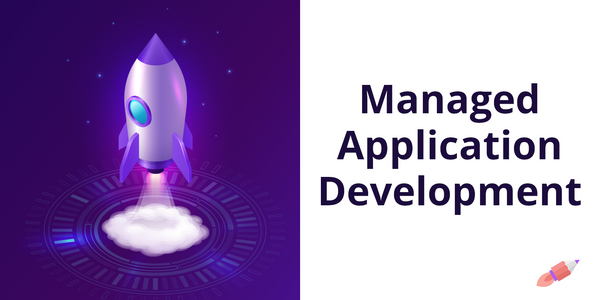 Hiring developers in an "on-demand" capacity can be cheaper and faster, but it also carries some risks. Here's how to mitigate those factors and obtain the best results. 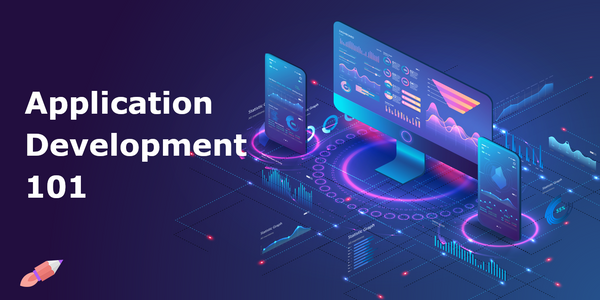 Mobile apps can help you reach customers in new and valuable ways, but they're not right for every business. Here's a guide to determining whether you really need to build an iOS or Android app.