Learn how to integrate and work with Apollo Client by building a simple React.js application with Crowdbotics

In the last few years, GraphQL has become a popular choice for building an API. It also serves a great equivalent and alternative to REST approach.

GraphQL is an open source query language to develop an API. In contrast to REST, which is an architecture or 'a way of doing things', GraphQL was developed with a concept in mind that a client requests only the desired set of items from the server in a single request.

In this tutorial, you will learn how to integrate and work with Apollo Client by building a simple React.js application with Crowdbotics. I will walk you through the basics Apollo Client, how to connect it to the server, and demonstrate how to build a small React app using the Apollo tools.

To learn more about the basics of GraphQL, how it differs from REST, and its building blocks like schema, resolvers, queries, and mutations, please refer to the previous post Creating a GraphQL Server with Nodejs.

Bonus: You can now use npx to generate a new React project without installing create-react-app.

What is Apollo Client?

Apollo is a team that builds and maintains a toolchain of GraphQL tools for various use cases like frontend (client), server, and engine. The Apollo Client helps you use a GraphQL API on the frontend side of an application. It integrates well with popular frontend frameworks like React, Angular, Vue, and so on.

The Apollo Server is the server part of GraphQL where you manage and define your GraphQL API and handle responses that are sent back the client to answer a network request. The Apollo Engine is a hosted infrastructure that serves as a platform to host both the client and the server.

Both the client and the server are open source tools by Apollo. The only thing that is paid is the Apollo Engine. It is worth noting that these three tools are not dependent on each other and can be used separately. In our current example, we are going to use only the Apollo Client. It is also worth noting that Apollo Client is the leading JavaScript client for GraphQL. It is easy to integrate and to consume a GraphQL API in your web application using React or any other frontend scenario.

Getting Started: Create a React App

To create a new React project, run the following command from your terminal.

The above command will create a new directory with the name "apollo-client-react-demo". You can name your React project anything at the moment. After it is created, traverse inside it and to test or verify if everything is running correctly, start the development server with the following command.

This will open a new browser window at the URL http://localhost:3000 with the default app. Also, for this tutorial, I am currently using create-react-app version 3. Make sure you have at least this version or greater in order to follow.

Now you know that everything works, let's install the dependencies that will be required in order to hook Apollo into the React app.

Install the following dependencies either using npm or yarn.

What do these dependencies do? In brief:

Once these dependencies are installed, let us proceed to the next section.

In this section, we will start building a small application that will consume a GraphQL endpoint from this open source Github repository. This endpoint will allow us to fetch a list of countries or a specific country which will have nested data in the form of that country's information.

In order to test that the API works, you can visit this API's GraphQL playground here and run the below query to test it out.

Hit the play button in the middle and you will get an object called data which contains nested fields.

Now that we know the API works, let us proceed to the steps in order to consume it. The first step is to require ApolloClient from the apollo-boost package. Open index.js file and add the below snippet of code after other import statements.

To fetch the data, you have to specify the endpoint URI like below.

With this done, let us complete the procedure to connect this apollo client with the React App.

If you are familiar with creating web applications that consume data from a remote API endpoint you might be wondering, why are we creating a client when we can fetch data using JavaScript .fetch() API from any GraphQL endpoint like below.

The answer to this question is that integrating an Apollo client with React app (which is just a UI layer in this scenario) in this way, makes it easier to bind GraphQL queries and according to update the UI components with data. The above snippet is fine but you will have to write a lot more code which at some point, as the application scales, might become harder to maintain. Also, Apollo client gives you a lot more advantages like in-memory caching and so on.

Now back to connecting the React app with Apollo Client. Open index.js and edit it like below. Start by importing Apollo Provider.

ApolloProvider comes with react-apollo package. After importing it, we use this provider at the highest most level of our React app. This means the App component and all its children components (the whole component tree) will now be able to access GraphQL data. Think of it as a wrapper. This ApolloProvider works similarly to React's Context API or the Redux store when using Redux to manage state in a React app. Also, ignore anything related serviceWorker in the above file.

In this section, let us create a simple list component to all the countries, their code and flag from the GraphQL endpoint. To proceed, create a new directory and inside it a new file: src/components/List.js. Inside this file, import the following.

The advantage of integrating an Apollo client gives or normal data fetching from a Remote API is that you tend can start by requesting data using Query components that comes with react-apollo. Next, we need a way to parse any GraphQL query string and compile into standard GraphQL (AST) when sending a request. This is provided by gql.

In the below snippet we are going to create a simple functional component since it does not require a state of its own. Before that, we define our first query to fetch the list of all countries with fields name, code (which we will use later to uniquely identify each country object) and emoji which are flags.

I am going to name this query GET_ALL_COUNTRIES. You can name it anything. All caps is just convention. Notice, we are using gql template literal. Next, define the UI component called List.

The Query component takes up the graphQL query as its first prop. It automatically contains three parameters, loading, error and data. Another Apollo Client advantage here. It automatically tracks the loading and the error state such that you can focus on building your app. Both of these states are represented by specific fields. data returns you when the response to the query is sent back by the server.

Look how simple it is. In the above snippet, we are mapping the list of countries to get the desired result. Now modify the App.js file add this List component to render.

To see it action, make sure you are running the development server using npm run inside the terminal window.

Once everything is working, now let us add git version to this React project and then, further add the support for Crowdbotics app building platform. Open a terminal window and execute:

Once all the files are committed, add this repository to your Github account.

Crowdbotics app building platform now gives you an option to connect a Github repository directly using GitHub OAuth integration (which means you need to have a Crowdbotics account or login into one using your Github account).

More and in-detail information about this process can be found here.

Congratulations! You have successfully built your first GraphQL + React app that uses the power of Apollo Client. You have implemented an easy way to get started with React and GraphQL and start running queries. Not only you did you learn how to query data from a remote GraphQL API, render the data in a React component, but I hope, you understand the underlying concept of how to integrate Apollo Client in a React web application and its advantages.

Here is a small challenge for you. Create a new component called CountrySelect which in return renders the UI for the user to select a country and then display the country code below the select box when selected. Here is a visual perspective for you.

Hint: You will need to use the local component state in order to display the code of the country. But that's only the one way to do it.

The answer to this challenge and the complete tutorial is available at this Github Repository . 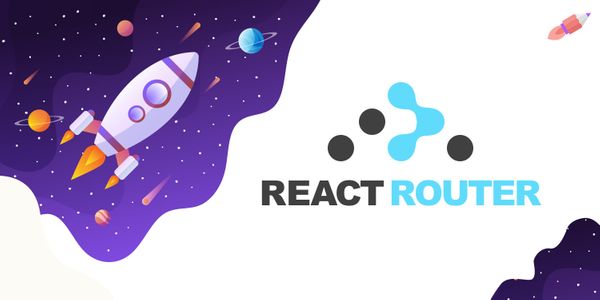 A basic introduction to React Router, and a useful library for optimizing React apps. 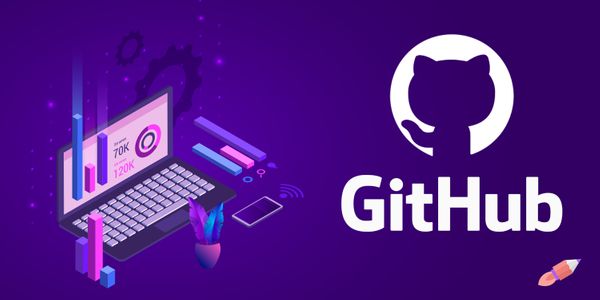 In this tutorial, you are going to build a web app with Crowdbotics that fetches data from the Github API and renders it using a template. The server is going to be set up from scratch using Nodejs as the platform and Express as the framework.