Which frontend framework will be next?

React's modern dominance is easy to understand – it's open source, easy to learn, and well-supported by Facebook, and it gives developers a complementary skill set for using the equally popular React Native framework (as well as related libraries like React Native for Web and React Native for Windows + macOS).

However, React is not the end state of frontend development, and innovation continues in the world of JavaScript. In this blog post, we are going to look at some web development frameworks which have the potential to become the next React. The rankings in this blog post are based on Google Trends, Stack Overflow developer feedback, and stateofjs.com.

Other factors we will consider include each framework's rate of adoption, ease of use, availability of jobs, demand for engineers, and size of its developer community. These frameworks are all open source, so they are regularly updated to enhance their features based on the latest standards.

Preact, as the name suggests, is similar to React. However, it is a much smaller library – around 3kb. Preact provides a thin virtual DOM abstraction on top of the DOM. It builds on a stable platform, registers real event handlers, and integrates seamlessly with other libraries. Moreover, Preact is fast because it doesn't use any transpilation. Thus, it can be directly used in a browser.

The Preact library is very small, so the majority of your app's codebase will be dedicated to application-specific code. As a result, less JavaScript needs to be downloaded, parsed, and executed, allowing more time for your code to execute. Thus, you can build a custom experience without worrying about keeping the framework under control.

Preact is fast, not just because of the library size, but also due to the fact that its builders have prioritized a simple diff implementation. Virtual DOM components make it easy to share reusable things – everything from buttons to data providers. Preact design allows you to use thousands of components available in the React ecosystem.

The above code explains how to create a TodoList component in Preact.

Common use case for Preact:

Preact is primarily used in applications where data is frequently updated.

Aurelia is just JavaScript. However, it's not yesterday's JavaScript, but the JavaScript of tomorrow. By using modern tooling, devs have been able to write Aurelia from the ground up in ECMAScript 2016.

Aurelia is written in modern and future JavaScript, and also takes a modern approach to architecture. In the past, frameworks have been monolithic. However, that’s not the case with Aurelia. It's built as a series of collaborating libraries. When taken together, they form a powerful and robust framework for building Single Page Apps (SPAs). However, Aurelia's libraries can often be used individually, in traditional web sites, or even on the server-side through technologies such as NodeJS.

As with React, components are the building blocks of the Aurelia framework. It is composed of HTML view and JavaScript view-model pairs. This is one of the cleanest modern frameworks, completely focused on web standards without unnecessary abstractions.

The framework offers an easy way to integrate with the other needed tools. Aurelia offers commercial and enterprise support.

The above code explains how to create a TodoList in Aurelia.

Common use case for Aurelia:

Aurelia is highly suitable for enterprise and data-driven applications.

Svelte is a radical new approach to building user interfaces. While traditional frameworks like React and Vue.js do the bulk of their work in the browser, Svelte shifts that work into a compile step which is executed when you build your app.

Instead of using techniques like virtual DOM diffing, Svelte writes code that surgically updates the DOM when the state of your app changes.

In the compile step, Svelte generates its reactive JavaScript code. During runtime, this enables Svelte offer fast rendering without the use of virtual DOM or dirty checking.

Svelte converts code into browser-ready JavaScript which does not require any framework. It therefore has the smallest bundle size among all frameworks, and is much faster than using virtual DOM.

The above code snippet explains how on-click events are handled using svelte.js.

Common use cases for Svelte:

Svelte is mostly used in single-page applications where data is frequently updated.

In 2010, Apple started developing a JavaScript-based web-framework named SproutCore based on MVVM pattern. Later, Apple open-sourced it as Ember.js in 2011. The Ruby on Rails principle of "convention over configuration" is extensively used in Ember.js, and it is one of the most opinionated JavaScript frameworks.

Ember.js may not be exactly obscure, but it is one of the oldest JavaScript frameworks and has continuously evolved without introducing major breaking changes.

The Ember CLI is comparable with the Ruby on Rails CLI in terms of developer experience. With only a few commands, it scaffolds and generates all the necessary codes with the right structure, including dependencies.

Ember.js has made a significant overhaul in its latest release, Ember Octane, without breaking interoperability with existing applications. It has introduced an HTML-first and component-first approach with improved support for state management and reactivity.

It provides the Glimmer DOM-rendering engine to increase rendering speed.

The above code snippet shows how to print Hello world! using Ember.js.

Common use cases for Ember.js:

Ember.js can be used for enterprise-level applications.

There are plenty of additional frontend JavaScript frameworks available in the market that aren't mentioned above. Their strengths can vary from use case to use case.

However, React wins right now because it is one of the most widely adopted, robust, versatile, and well-supported frameworks. Crowdbotics extensively uses React Native to create mobile and web applications. This provides a huge benefits to Crowdbotics clients because their product is built with a popular framework that is easy to hire for.

If you are looking to build an application using React Native, please get in touch with our experts today. 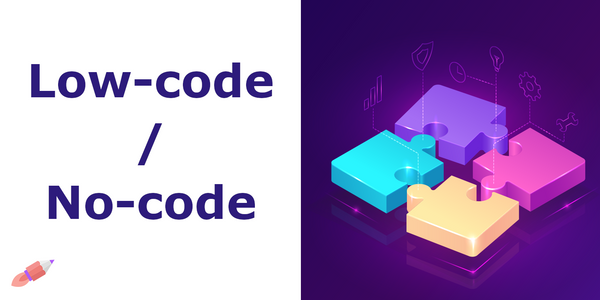 Low-code development is a hot topic in the enterprise world. This post examines the growth of low code development, talks about companies that support this technique, and discusses industry trends. 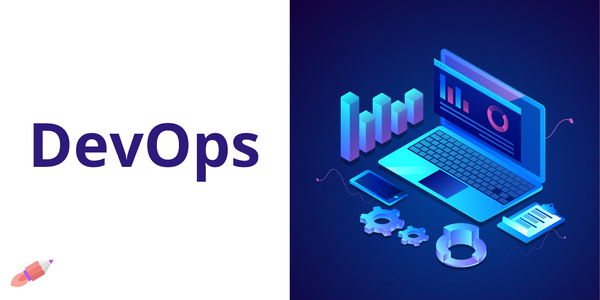 A non-technical founder can run a successful IT or software development company without much programming knowledge or in-depth IT expertise. However, a founder still needs to understand DevOps so that they can weigh in on critical operational decisions.